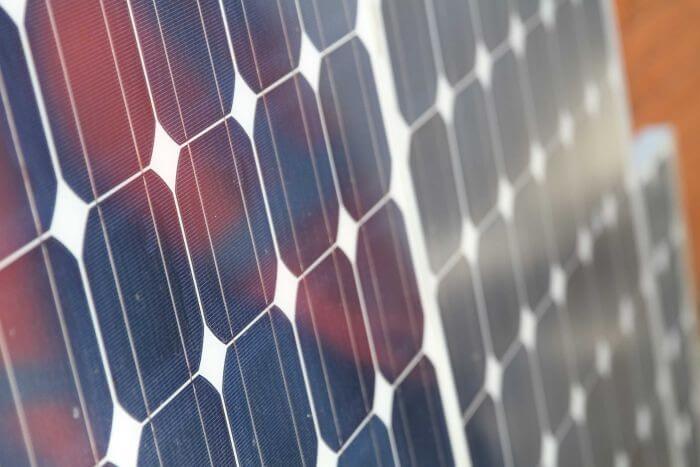 Rooftop solar industry veterans say Australia has become a dumping ground for poor-quality solar products and some are questioning the regulatory oversight of household rooftop solar installers and products.

An audit of the Clean Energy Regulator (CER) by the Australian National Audit Office (ANAO) late last year found it is likely there are potentially tens of thousands of badly installed and even unsafe systems on rooftops.

Not only are these systems risky, it is likely they are not producing the clean energy that Australia's renewable energy target relies on.

About one in five Australian homes has installed rooftop solar.

The ANAO found 1.2 per cent of rooftop solar installations have been inspected by the regulator.

The regulator's inspections found that about one in six solar installations was "substandard", and about one in 30 was "unsafe".

Wollongong resident Rex Leighton spent $8,000 installing a rooftop solar system in 2015, which he expected would last for at least 25 years.

It only lasted four and a half years.

He said a manufacturing fault meant the 20-panel system had been gradually damaged by water.

Mr Leighton said it was "incredibly disappointing, to say the least".

"It made me feel a bit sick really, because the warranty was for 10 years on the product.

"And we were expecting a substantially longer time than that."

On the day 7.30 visited Mr Leighton's property, Johann Fleury's company Thirroul Solar was removing the panels and replacing them.

"These can't be fixed. There's no way of reversing the issue that they have with them," Mr Fleury said.

"So they are basically just dead panels."

It is not a job he likes doing.

The panels he was taking down will most likely end up at the tip, as there was nowhere nearby to recycle them.

Mr Fleury was just one of dozens of solar installers 7.30 spoke to who said poor-quality rooftop solar was all too common.

"A large amount of those earlier panels, since I'd say 2008 all the way till 2014, a lot of those panels have come back down off roofs," he said.

He is worried about the reputation of the rooftop solar industry, with poor-quality systems that may only last a couple of years leaving customers disappointed and out of pocket.

"There's a lot of things that are wrong or negative within the solar industry," he said.

In Canberra, Dr Michelle McCann runs one of the few laboratories in Australia that conducts commercial testing for solar panels.

"We're in a pretty good position to assess how panels are performing across the whole of Australia, simply because we are one of the few options in Australia," she said.

"We have found that the performance is really variable across Australia. Some are fine, great, and some are really poor."

Dr McCann said even new panels from high-end brands may not perform as well as expected, and often manufacturing faults are not visible to the naked eye.

One of the worst-performing panels she had tested from the Australian market was a panel that produced 12 per cent less electricity than its advertised rating.

"[That] raises questions then about what that panel's going to do after one year, or three or five years, let alone 25 years in the field," she said.

Dr McCann said some overseas manufacturers were sending poor-quality solar products to Australia, knowing they would not be checked.

"What we can conclude is that in some cases, unfortunately they know that we are not really checking the quality of what is coming into Australia always, and there are a lot of companies out there … some of them are cutting corners where they can to make extra money."

She said Australia does not have a rigorous culture of testing imported solar products.

"When there's no expectation that your product will be checked, then there's a little bit more flexibility … to ship out the poorer-performing product that inevitably results from any production line.

"Australian consumers are notorious, and known overseas, for caring a lot about price and not caring about quality, and when that happens you get the cheaper product. And the cheaper product is not the better-performing product."

The acting commander of Fire Investigation and Analysis at Melbourne's Metropolitan Fire Brigade (MFB), Steve Attard, says homes can be destroyed in fires that have been caused by rooftop solar systems.

"People are losing their homes, and a lot of the homes, by the time we get to the scene of the fire, the fire travel has destroyed at least the roof compartment," he told 7.30.

"We always see the worst-case scenario."

He knows of 25 fires in the Melbourne metropolitan area in the past five years that were started by problems with rooftop solar.

He said there is a particular issue with one safety measure that was introduced in Victoria in 2005, and then nationally in 2012.

It is a switch called a DC isolator that can be installed on roofs to shut off the flow of power from solar panels.

"Most people aren't aware these isolators do exist up on the roof until there is an issue, and these are the ones we're being cautious about because they're exposed to the elements," Mr Attard said.

"Moisture does get inside, even if they're installed correctly. We have condensation building up inside these units and getting into the electrics and then giving us grief."

He said fires in these units can spread across roofs before anyone notices.

"Certain brands have been recalled, but there's still a number of the old isolators still out in service, which at some point in time will pose a risk."

One of the renewable energy industry's peak bodies, the Clean Energy Council (CEC), has the power to accredit rooftop solar products and installers.

"I think what we've got here is a minimum standard that ensures a minimum level of quality for these systems," he told 7.30.

"I don't think it's up to government to dictate exactly which product an Australian consumer might prefer."

Mr Thornton said the overwhelming majority of rooftop solar systems are safe, and an "unsafe" rating from the CER may not be as bad as it sounds.

"This categorisation is about potentially unsafe systems," he said.

The ANAO found that the number of rooftop solar systems classified as "unsafe" has declined from an average of 4.2 per cent from 2011 to 2015, to 2.7 per cent last year.

Mr Thornton told 7.30 the regulatory framework for rooftop solar products and installations is working, because the number of systems categorised as unsafe is continuing to fall.

"We're obviously very focussed on continuing to reduce that number," he said.

He said the solar industry is one of the most heavily scrutinised in the country.

"We've got 2 million households with rooftop solar and very, very few actual incidents relating to safety within the industry.

"There's more work to be done. I don't think anyone disputes that."

Some of the problems emerging in rooftop solar are the result of a massive growth in demand, fuelled by government subsidies.

But there is a chance Australia could repeat some of the same mistakes with the next boom in home energy — household batteries.

The National Audit Office found some of the risks of batteries include electric shock, gas explosion, fire, and chemical exposure.

About 60,000 home batteries have already been installed, but there is still no agreed Australian Standard setting out the minimum safety requirements for their installation.

An updated Australian Standard is expected to be released in August this year.

"We need to remember that these types of batteries have been used in cars for many years. They're also not dissimilar to the batteries that are in many people's homes in the form of cordless power tools," he said.

One of the big selling points of rooftop solar is the government incentives that reduce the cost of the systems for consumers, and form the basis for the national trade in carbon abatement.

When a householder installs solar panels, a renewable energy certificate known as an STC can be created, which assumes the panel will produce clean energy for 12 years.

The certificate can be bought by a polluting company to offset its carbon emissions, and contribute towards Australia's renewable energy target.

But if the solar panels fail after just a few years, the certificate can still be used to offset emissions.

And that still counts towards Australia's renewable energy target.

This market for renewable energy, from rooftop solar, as well as wind and solar farms, is worth $1.5 billion a year and rising.

The CER, which looks after this market, says there is no provision under the current laws for STCs to be cancelled if a system fails early, and its expectation is that the system would be repaired or parts replaced.

The CER also says the STC credits for rooftop solar are calculated conservatively, so that "if a small number fail and are not repaired, it is immaterial across all the systems that have received certificates".

The ANAO audit found the CER had administered Australia's renewable energy target effectively — except for the enforcement activities of its investigations unit.

As part of its four main recommendations, the audit said the CER should examine the electrical safety risks posed by rooftop solar more closely.

The CER accepted those recommendations, but it told 7.30 it was an economic regulator and not primarily responsible for rooftop solar safety.

That job falls to the state and territory electrical safety authorities, who receive notifications from the CER when systems are not up to scratch.

But 7.30 found some parts of Australia have far more comprehensive checks than others.

7.30 understands that several state authorities have become increasingly dissatisfied with the CER's regime of testing, and are planning to expand their own checks of rooftop solar systems.

The CER provided a statement to 7.30, saying it is required by law to inspect a statistically significant number of rooftop solar systems (about 5,500) over a two-year period.

"There has been an overall downward trend in the level of unsafe systems installed since the inspection program commenced."