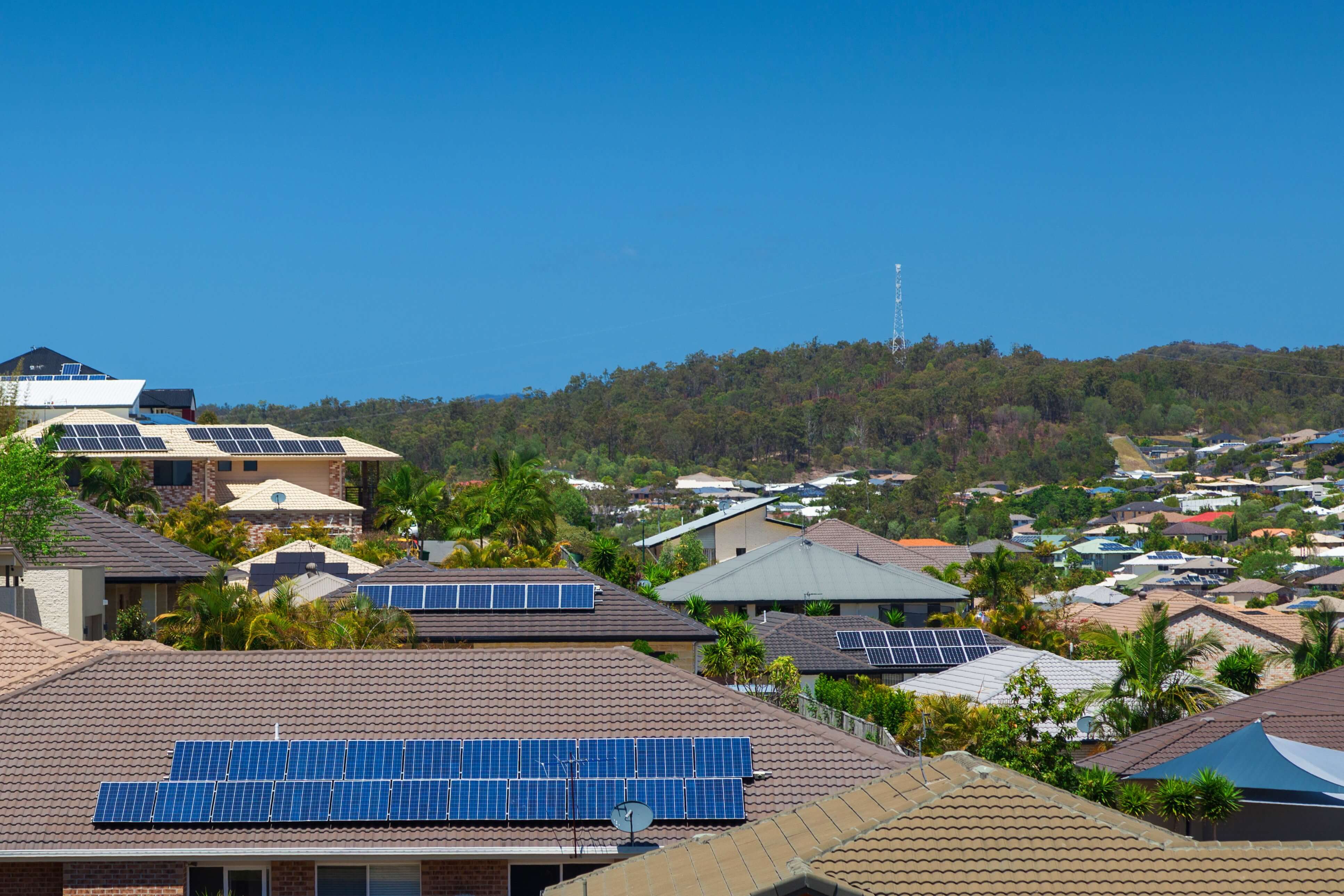 The Queensland city of Bundaberg has been named Australia’s rooftop solar capital after a topping a list of the nation’s most solar-friendly suburbs.

Four of Australia’s top five rooftop solar postcodes are in Queensland and three are in Western Australia, according to a Clean Energy Council report released on Thursday, while the ACT, Northern Territory and Tasmania languish at the bottom.

Bundaberg was the top rooftop solar performer, notching 12,620 installations with a capacity of 47,500kW, closely followed by Mandurah in WA at 12,276 installations.

The third most solar-friendly suburb, Hervey Bay in Queensland, at 11,387.

Cranbourne, in Victoria, came in at number nine, having almost 8,000 installations

Queensland also leads the way on large-scale projects, with 26 per cent of 87 large-scale solar projects either under construction or committed in the state.

But Tasmania, the ACT and Northern Territory are trailing well behind the rest of the nation on green energy, with the lowest rates of solar installations of any Australian state or territory.

Despite having some of the top solar-powered suburbs in the nation WA came in at number four for solar installations in 2018 with a total of 33,315, followed by SA and ACT, Tasmania and the NT.

The rooftop solar capital of Australia, Bundaberg, was at the centre of a series of Palaszczuk Government initiatives to boost uptake of solar energy.

The people of Bundaberg  are embracing the financial and environmental benefits of solar, Queensland’s energy minister Anthony Lynham said.

“Queensland is leading the way on renewables as the Palaszczuk Government heads towards its target of 50 per cent renewable energy by 2030,” he said.

“Palaszczuk Government initiatives, encouraging the take-up of rooftop solar and batteries and creating an environment that has been embraced by the solar industry across the state, particularly in regional areas, is paying dividends across-the-board for Queenslanders.”

Among these projects was the Palaszczuk Government’s $1.16 billion Powering Queensland program and $97 million for solar and energy-saving programs in schools.

The programs were applauded as “key programs, policies and initiatives” by the report.

“It is not only in rooftop and small capacity solar that Queensland is excelling,’’ Dr Lynham said.

“We have more than $5 billion worth of large-scale renewable energy projects that are operational, committed or underway in Queensland.”

The report applauds state governments for their efforts in driving the adoption of renewables saying that most states have “worked to fill the void left by the absence of a national climate and energy policy.”

Queensland was one of the first states to take on large renewable projects at a time when there was minimal national leadership, Dr Lynham said.

“There was no uptake of large renewable projects during that time and now Queensland, with the Palaszczuk Government leading the way, is setting the pace on a national level.’’