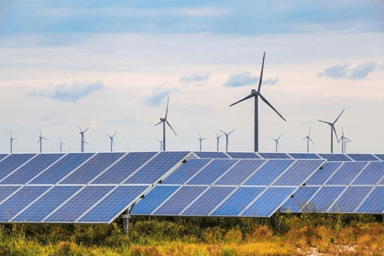 A landmark study has shown that renewable energy has reduced electricity prices by far more than the subsidies paid for it. The independent study, by the Victoria Energy Policy Centre, focused on the South Australian electricity market and confirmed households in the state have on average the highest electricity prices in the world. The report comes as the Federal Government attempts to develop a fresh energy policy after the collapse of the National Energy Guarantee earlier this year. The Government hopes to pass new laws to force energy companies — especially retailers — to offer customers cheaper electricity. The study's lead author, Associate Professor Bruce Mountain, said the research provided verifiable evidence that renewables drive down prices. "I think in the current climate it's critically important," he said. "We have an evidence base that puts this issue on the table for people to engage with. "What our study finds unequivocally is the route to lower prices lies with cleaner sources."

The study used computer modelling to crunch electricity price data from the past five years. It sampled wholesale market prices every half hour from 2013 to 2018, and calculated the factors that led to those prices. It found that even though South Australians were paying the highest average bills in the world, wind and solar generation in South Australia actually brought wholesale prices down — and by far more than the subsidies paid for them. It found that in the 2017–18 financial year, renewables reduced wholesale prices by an average of about 30 per cent, or about $37 per megawatt hour, mostly due to wind generation. This was far more than the cost of the subsidies paid for them, which the study calculated was $11 per megawatt hour of electricity produced. Renewable generators have been able to sell electricity on the wholesale market very cheaply, because the ongoing cost of producing electricity from wind and solar is effectively zero. These cheap offers from renewable generators on the wholesale market displace more expensive offers from gas generators, effectively reducing prices for the entire market.