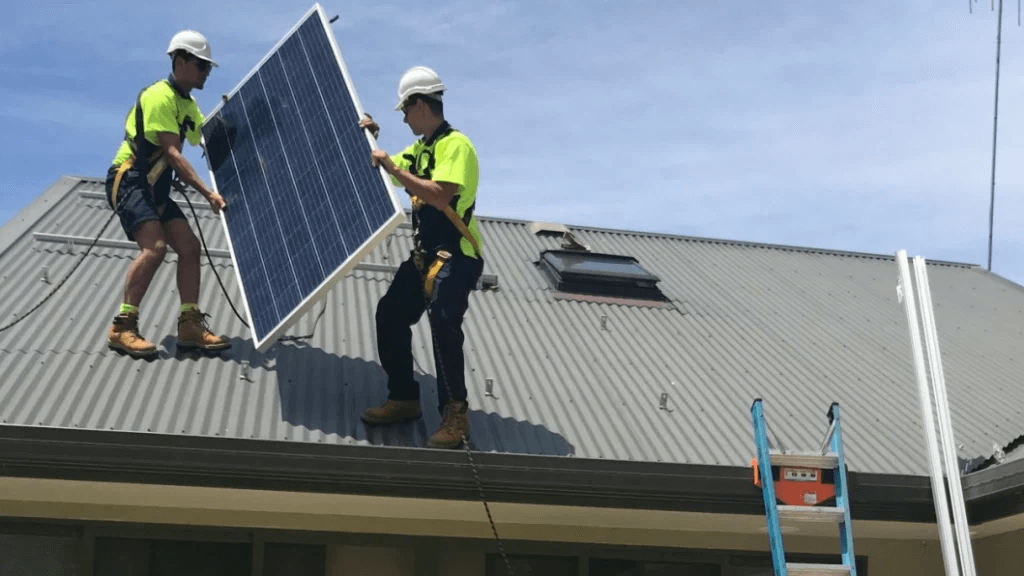 Australian rooftops added a record of almost 500 megawatts of new solar photovoltaic capacity in the March quarter, as Victoria's incentive scheme stoked a 90 per cent increase in that state's installations.

Data gathered by Green Energy Markets show the sector added about 45 per cent more capacity of solar PV - in systems of 100 kilowatts or smaller in size - compared with the January-March period a year earlier.

"It's usually a little bit slow in January and February but [previous records] have really been blown away," said Tristan Edis, director of analysis at Green Energy Markets, a consultancy firm.

The first-quarter installations of about 482MW were led by Victoria, where the Daniel Andrews government's $2250 rebate per unit helped propel that state above sunnier neighbours Queensland and NSW.

Apart from the Victoria fillip for the PV market, consumers remain wary of high power prices since few have seen much relief from retailers. "That's reinforcing the momentum," Mr Edis said.

The additional solar panels added during the first quarter will deliver their owners a reduction in bills of more than $850 million over the next decade based on current electricity prices, he said.

The ongoing rally in renewable energy is greater in large-scale solar and wind farms, with more than 8100MW under construction. Victoria is also grabbing the lion's share of the 20,000-plus jobs generated by these projects.

According to Green Energy Markets, Victoria has created 7580 jobs from the wind and solar farms being built. That tally is more than 52 per cent greater than the number of similar jobs in Queensland and almost double those being generated in NSW.

In March, renewable energy sources supplied about 19.7 per cent, or 3839 gigawatt-hours, of the electricity to the country's main grids, the consultancy said. That supply was enough to power about 9.5 million homes, and saved the equivalent of about 2.7 million tonnes of carbon-dioxide.

The installation of small-scale solar PV totalled more than 23,000 last month, with the average size of residential units reaching 6.6 kilowatts. That section of the market employed some 7857 people in March, with Victoria's 2134 pipping those in NSW and Queensland, with about 2000 in both.

If the rate of rooftop installations were to continue until 2022, the forecast extra generation of more than 10,000 gigawatt hours would alone top the annual electricity generated by AGL's Liddell coal-fired power station. The Hunter Valley plant is scheduled to shut down that year.

The growth of the renewables sector could slow sharply in coming years without clearer energy policy, particularly at a national level.

The Australian Energy Market Operator has lately signalled it will penalise large-scale wind and solar projects that are being built in areas where there is limited grid capacity to absorb more.

The Renewable Energy Target, which has been the main support for new large-scale generation in recent years, may yet be met ahead of its 2020 goal.

Federal Labor backs the Turnbull government's National Energy Guarantee as the overarching policy to replace the RET, while the Coalition is promising to help underwrite new generation capacity if re-elected.