Solar Panel Direction - which way should my solar panels face? 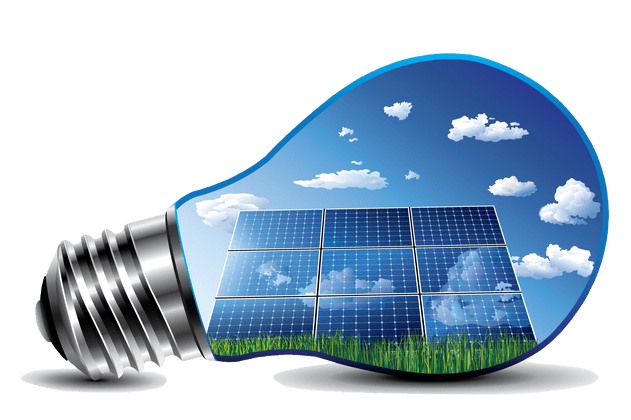 What’s the best direction for your solar panels?  Is it better to install your panels split between East and West, or is North the better orientation?

We all know that when installing solar panels in Australia, north facing gets the most sun throughout the day. If north isn't an option, north-west and north-east are generally the next best options followed by west and due east.   So which orientation is best to install your solar?

Really that depends on how you use energy.
While the panels might get the most light, it doesn't necessarily come at the right time for all families.

Years ago, the smartest financial choice was to feed the power back in to the grid thanks to the high feed-in tariffs that were available.  You simply had to have an orientation facing north in order to maximise the amount of electricity they produced and so earn the most feed-in tariff money possible.

But now it might be better to produce power when you need it most.  Splitting your system may give you the best return on your investment.  It is also a good idea to consider what you want to achieve from installing your solar panels, then we can tailor the installation to your specific need, rather than relying on a one-size-fits-all-approach.

The concept of self consumption is the key to tiny electricity bills with solar panels making sure your home uses the most solar electricity with the least grid electricity possible.

Which Solar Panel Direction Will Maximise Your Self Consumption?


The best panel direction to maximise self consumption of solar electricity will depend upon a household’s electricity usage patterns.

North Orientation:  The idea position for solar panels is north facing.  These produce the most electircity overall as long as there is no shading from trees, buildings or other obstructions.  North facing solar panels are often the best choice for people who are at home throughout the day and use washing machines, clothes dryers, pool filters and other devices during this time.

West Orientation:  Panels facing west produce less electricity in the morning but more in the afternoon. They reach their maximum output around one and a half hours after midday and just before sunset will produce around one quarter of their peak maximum. West can be a good direction for people with high summer air conditioning demand and those who are usually out of the house in the early morning but return in the afternoon.

North-West Orientation:  A north-west facing array will generate the most power throughout the middle of the day and the afternoon and slightly less in the morning. Great when the bulk of your electricity usage is later in the day.

East And West Orientation:  Placing some solar panels facing east and some facing west will result in the total amount of electricity produced being around 12-13% less than if all the modules were placed facing north. This arrangement is often called and east/west split and has the advantage of producing a more constant output of electricity during the day which can help to increase self consumption.

An east/west split can normally have a different number of panels facing in each direction so, if a household uses more electricity in the afternoon more solar panels can be installed facing west.

South Orientation: To date, installing south facing solar panels has been a shunned option with the belief that the systems won't perform at all.  This is actually a myth.  In Brisbane, south facing panels will produce around 26% less energy than north facing panels.  They produce power early in the morning and late in the evening, matching peak air conditioning demands as well as cooking and other energy-intensive activities that tend to occur during these hours.

Combining Directions: Panels can be placed in multiple directions other than just an east/west split.  For example, some solar panels could be placed facing north and some facing west.  This will result in an output similar to north-west facing panels.  It is even possible to have solar panels facing in more than two directions.


Here at iinergy, we are passionate about making sure you get the very most out of your solar, and to prove that dedication we want to offer you a FREE energy audit! Our highly experienced team of solar experts will go over your unique energy needs and provide a personalised solar plan!

Fill in your info below and a team member will be in contact with you!