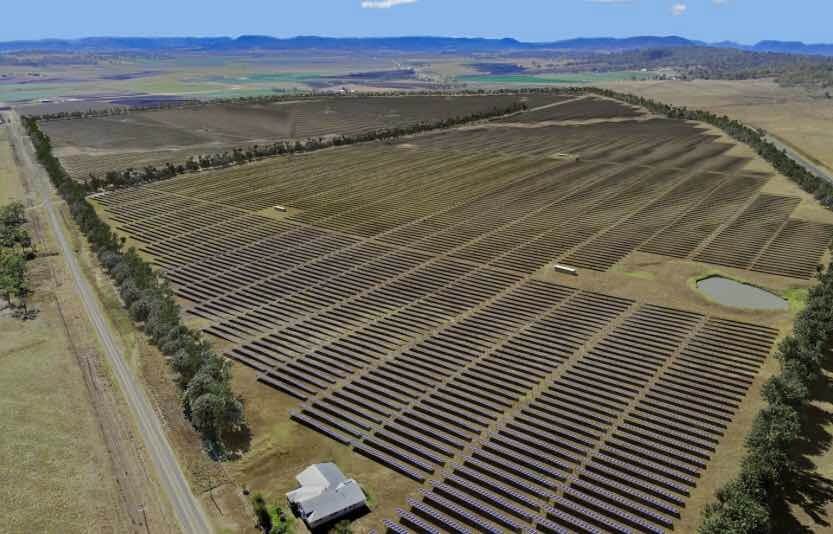 Works have begun on a University of Queensland-owned 64MW solar farm that – once completed – will help make UQ the first major university in the world to offset 100 per cent of its electricity usage through its own renewable energy assets.

The University said on Thursday that construction of the $125 million Warwick Solar Farm – of which the UQ officially took ownership in November last year – was under way in the state’s Southern Downs region.

Once completed, the project will produce more than 154GWh a year, and adds to more than 6.3MW of solar on the rooftop of the UQ’s St Lucia campus and at its research facility at Gatton and other sites.

UQ vice-chancellor and president Professor Peter Høj, who hosted an official launch at the site on Thursday, said the university used a large amount of energy to power laboratories, lecture theatres, libraries and other facilities for its 52,000 students and thousands of staff.

The University’s purchase of the solar farm – at a cost rumoured to be around the $60s/MWh mark – will add to the 50,000 existing solar panels on the university’s campuses, to meet that large energy demand, while also making what Høl has described as a “meaningful investment in creating a sustainable future.”

“We are unashamedly committed to being a leader in sustainability and the renewable energy sector,” Høj said in comments from the solar farm site on Thursday.

“This will become a centrepiece of our education and research into renewables, and the Southern Downs region can expect regular visitors from UQ and further afield over the 25-year life of the solar farm.”

“A memorandum of understanding includes plans for electric car charging stations by the end of the year and a visitor information centre offering guided tours of the project, and this will help put the Southern Downs on the map as a future-focused region,” Dobie said.

The project, initially developed by Terrain Solar, was signed over to UQ in November after the finalisation of a connection agreement with Ergon Energy, and development approval which was granted by the Southern Downs Regional Council in June.

As we reported in June, the move into big solar by UQ marked just the latest such deal in a flurry of activity from big corporate customers, electing to source the equivalent of all, or part, of their electricity through wind or solar.

Mars Australia contracted 50MW of capacity from the proposed 200MW Kiamal solar farm to meet all the needs of its six Australian factories, while Nectar Farms has chosen to source all the power for a new greenhouse facility in Victoria from wind and storage.

And of course Sun Metals is commissioning a 124MW solar farm to meet one-third of the needs of its Townsville zinc refinery – presuming the objections of coal giant Adani don’t get in the way.

Installation of support structures is under way, with work to fit panels expected to begin around mid-year, UQ said, with generation expected to commence in early 2020.